“Not Your Mother’s Rules” 2-hour-plus CD and DVD are available now!
It’s $60 for CD and $90 for DVD plus shipping.
Or order both for only $125 plus shipping ($10 US and $15 overseas).
Find out: how and why The Rules got started and became a bestseller, why “playing hard to get” works best with men, new rules for texting/sexting/Facebook/Skype, why it’s OK to ignore non-date-related texts, how 10 top dating coaches got married and other success stories, celebrity relationships, dating after a breakup or divorce, marriage rules, celebrity relationships, makeovers, Q&A, and much more! Reviews: “Amazing!”, “Inspiring!”, “A shot in the arm!” , “If you can read only one book, this is the book!” E-mail us at consult@therulesbook.com to place your order by credit card or Paypal today!

Before an audience of approximately 100 students, Ellen and Sherrie gave an interactive talk about how to do The Rules on a college campus. 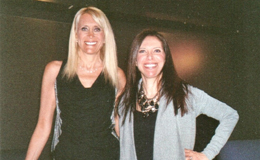 Live from London at the Indigo 02

Ellen and Sherrie engaged with an audience of approximately 100 British women, mostly in their late 20s and 30s, discussing all topics of interest including celebrity relationships and living with a man. A CD and DVD from this event are available for purchase in our store! 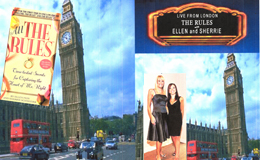 As part of a weekend-long expo, Ellen and Sherrie participated in this event together with various authors, matchmakers, and other relationship experts. In addition to performing an entertaining skit (see photo below), their main focus was an intimate, interactive question and answer session with approximately 75 women, emphasizing ways for an executive to achieve a successful romantic life. 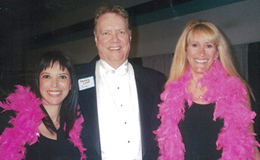 In front of an audience of nearly 500 at Lincoln Square in New York City, Ellen and Sherrie debated Rabbi Schmuley Boteach and radio talk show host Richard Bey whether women should play hard to get. The panel discussion was moderated by then-publisher Judith Regan. 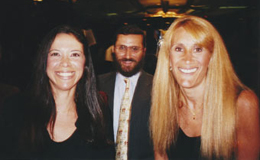 Ellen and Sherrie were awarded this distinguished honor for their prowess in growing and marketing a business from a simple idea into an international success. 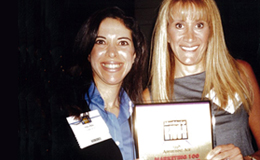 When The Rules was at its height, Ellen and Sherrie were invited to speak to a group of 50-60 staff and advertisers at this important and topical magazine to discuss how the landscape of dating was beginning to change. 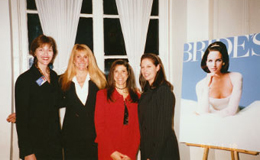 For over 15 years, Ellen and Sherrie have lectured at Learning Annex seminars in New York, Los Angeles, San Diego, San Francisco, and Canada, leading interactive discussion about anything the audience members wished them to address. CDs and DVDs from some of these events are available in our store! 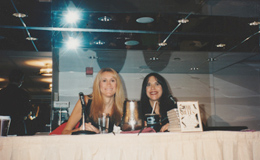 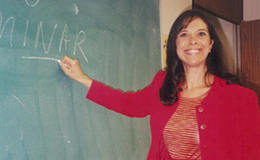 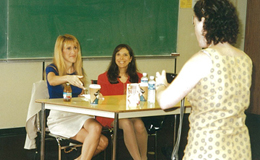 “How to Fall in Love” Facebook chat hosted by the Hallmark Channel, 2012

Ellen and Sherrie participated in a one-hour live Q&A session preceding the premiere of this fantastic TV movie, complete with a giveaway of signed copies of All the Rules. 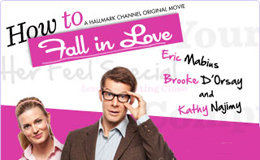 Ellen and Sherrie were among several relationship experts interviewed by Paul the Matchmaker for a comedic series co-created by Liz Tuccillo of Sex and the City and He’s Just Not That Into You fame and actor Paul Bartholomew. Watch the webisode here. 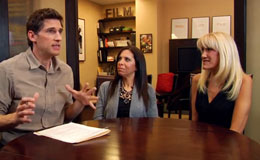 Ellen and Sherrie were hired by a PR firm to create dating and driving rules in a promotion for the Ford Fusion, a mid-sized car aimed at a younger generation of drivers. They also did satellite media tours and appeared at a HurryDate speed-dating event in Los Angeles. Click here to watch a video. 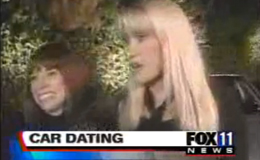 Note: Due to the overwhelming number of calls, e-mails, and Facebook messages we receive every day, we are not able to answer questions that are not submitted via phone and/or e-mail consultation pages. All consultations and courses are non-refundable.

Disclaimer: We are not licensed to practice psychology, and The Rules is not intended to replace psychological counseling but is simply a dating philosophy based on our own experiences and those of thousands of women who have contacted us. E&S.